To share your memory on the wall of Allen Smith, sign in using one of the following options:

Allen was born and raised in Martin County, Robersonville, NC. He was educated at East End School. After graduating from high school, he left for New York City. He worked the majority of his life in Security and Investigations.

Allen was cherished by family, friends, and all who met him. Although he never married, was the Casanova of his day. His relationships involved women of all sizes, ages, nationalities, and statuses. Even while in rehab, the nursing staff argued over who would take care of him in any given day! One nurse, 40 years younger, actually wanted him to move in with her once he was released from the facility. Allen truly embraced life to the fullest. His warm smile, and sometimes unwanted advice, will truly be missed; especially, by his family.

Upon retiring in 2004, he returned to North Carolina due a lengthy illness and death of his mother.

All was cremated, and due to restrictions of the pandemic, has opted not to have an Memorial. However, messages of inspiration and condolences are welcomed and appreciated.

The family would like to thank everyone who have already expressed their condolences.
Read Less

Receive notifications about information and event scheduling for Allen

There are no events scheduled. You can still show your support by sending flowers directly to the family, or planting a memorial tree in memory of Allen Smith Jr..
Plant a Tree

We encourage you to share your most beloved memories of Allen here, so that the family and other loved ones can always see it. You can upload cherished photographs, or share your favorite stories, and can even comment on those shared by others.

Plant a Tree in Memory of Allen
Plant a tree 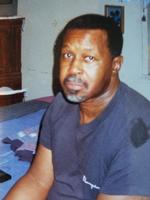 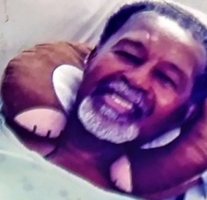