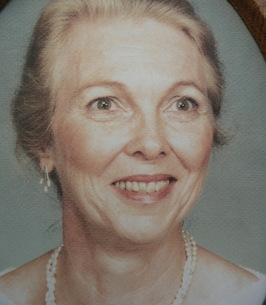 Penny was born July 9, 1935 in Nashville, Tenn. She was preceded in death by parents, Harry and Madeline Freeman, brother Harry Jr. and son, Shad Austin Funkhouser. She is survived by husband, Dewey Funkhouser, and daughter, Celeste Funkhouser.

Penny grew up in Lebanon, TN. She attended Lebanon grade school (where she won a seventh-grade state-wide spelling B) and graduated at Lebanon High School as salutatorian. She worked at Life and Casualty in Nashville, then moved to Lakeland, FL where she was secretary to Lakeland City Attorney Jay Harden Peterson. Later, she was a court reporter typist and could type more than a 100 words per minute. She was a volunteer president of the Lakeland Hospital Auxiliary and she continued to volunteer at other hospitals as she moved to different areas.

Penny was a caring person who lived a hard, but good, productive life. A few of her many talents included writing, tennis, sewing, quilting, knitting, cooking, gardening, raising and caring for animals of all types and even sleeping outdoors with the large sick ones. She never saw an animal that she didn't love, especially cats.